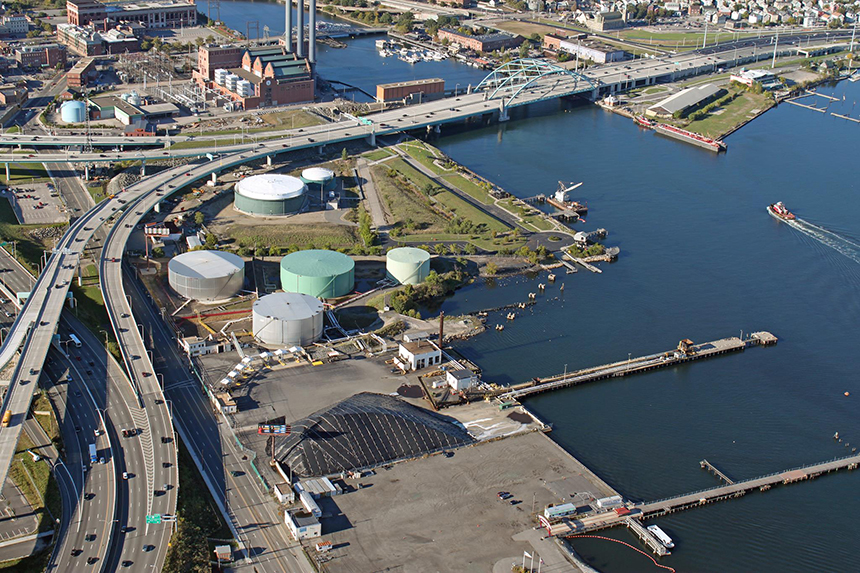 PROVIDENCE — A petroleum-storage business on Allens Avenue with a recent history of odor complaints has been ordered by the state to cease a portion of it operations for failing to fix a problem. The company also was fined $22,500.

Since September 2017, pungent sulfur and asphalt odors from Sprague Operating Resources LLC has prompted complaints from nearby residents and motorists on Interstate 95.

The asphalt odor is one of the most prominent noted by residents in the neighborhoods of South Providence and Washington Park — two residential areas struggling with industrial pollution, asthma, and other environmental justice issues.

DEM officials first met with Sprague over the odor problem on Sept. 28, 2018. At a meeting last December, Sprague offered to install odor-reduction equipment by June 15 of this year. But the company has yet to submit plans for the project even though it promised to do so by Jan. 15, according to DEM.

On March 27, Jay Leduc, director of health, safety, environment, and sustainability for Sprague, told DEM that he was waiting a report from Irving Oil, the supplier of the company’s petroleum products, and that the pollution-control equipment would be installed by July 30.

“To date, Sprague has not applied to DEM for a permit to install the air pollution control equipment and has not taken any other actions to reduce odors,” DEM wrote in a May 17 press release.

Sprague has since failed subsequent inspections, as odor complaints continued, prompting DEM to issue a notice of violation. The company has been fined $7,500 for each infraction, classified as major violations, which allegedly occurred March 22, May 7, and May 8.

Under the recent order, Sprague must cease adding the offending liquids to two tanks until temporary and/or permanent odor-control equipment is approved and installed.

In its report, DEM noted that Sprague could have avoided the problem. “Respondent (Sprague) has complete control over the violation. Respondent operates the facility. The violation was foreseeable by respondent.”

Sprague has 30 days to submit an assessment for a third tank suspected of contributing to the area’s odor pollution. If the report concludes that odor-control equipment is needed, the company must file a plan to fix the problem.

Sprague may also request a hearing from DEM, which may prompt a second hearing if the company wants to fight the notice of violation.

Based in Portsmouth, N.H., Sprague buys, stores, distributes, and sells refined petroleum products and natural gas. Sprague operates 20 shipping and storage terminals in the Northeast, including the petroleum storage tank operations in Providence and another in East Providence.

Insects Do It in the Dark: Glaring Problem of Light Pollution Has Simple Solutions

Should the World Go Modular?