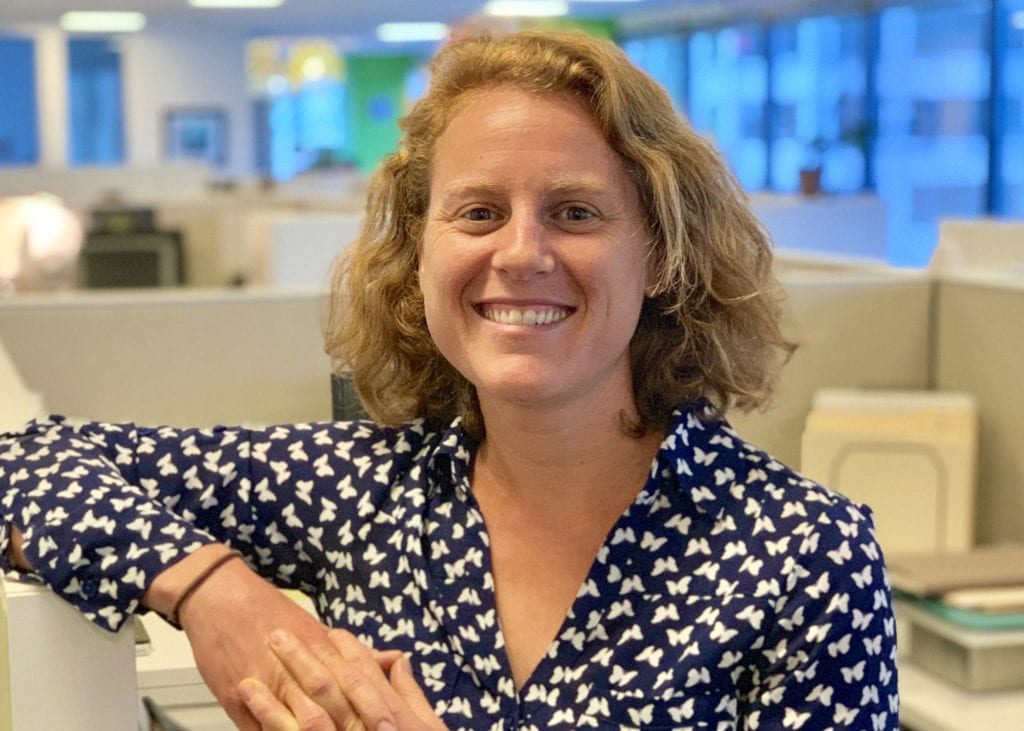 “Urban forests are a powerful tool in this complicated era of climate change and public health threats,” said Jad Daley, president and CEO of American Forests. “By immersing staff in communities where we work, American Forests is better positioned to deliver on-the-ground restoration results.”

In her American Forests position, Henry will work with diverse stakeholders throughout Rhode Island to develop a suite of tools that help maximize the potential for urban forests to reduce global warming and its threats to underserved communities, such as extreme heat and increased pollution. These tools include a national study to determine the full potential of urban forests to store carbon and reduce energy consumption, a GIS-based planning tool for future climates, new federal policy support, scaling City Forest Credits as an innovative finance mechanism and creating a “Tree Equity Score” to maximize the impact of investments and efforts.

“Molly has an incredible work ethic, vision and skillset for bringing diverse interests together for a common cause,” said Ian Leahy, vice president of Urban Forestry at American Forests. “We’re really excited to have her on our team.”

She will also be hosting national and Rhode Island Learning Labs to help city managers use decision support tools to apply climate and health approaches through urban forestry to their own jurisdictions.

“I believe every resident should have access to quality greenspace, with trees being an integral part of the fabric of their neighborhood,” says Henry.

She graduated in 2010, from Rutgers University with a B.S. in Environmental Planning & Design and a certificate in Urban Planning. Henry lives in Providence, Rhode Island and works remotely out of the Division of Forest Environment office at the Rhode Island Department of Environmental Management.

American Forests’ mission is to create healthy and resilient forests from cities to wilderness, in order to deliver essential benefits to climate, people, water and wildlife. Founded in 1875, American Forests is the oldest national nonprofit conservation organization in the U.S., and has been a catalyst for many key milestones in national forest policy and practices, from the founding of the U.S. Forest Service and the national forest system to public education efforts. Since 1990, we have planted more than 60 million trees in all 50 states and nearly 50 countries. These projects have restored many thousands of acres of wildlife habitat, protected vital watersheds and sequestered millions of tons of carbon and greenhouse gases. American Forests is also one of the nation’s leaders in expanding greenspace in cities and a leading urban forest initiatives that transform underserved communities across the country.

Trump exiting Paris accord will harm US economy – LSE research...

A Third of the U.S. Faces Drought