Editor’s note: News from the U.S. Department of the Interior indicates that Papahānaumokuākea and America’s other marine national monuments are not safe yet. Join Conservation International’s action campaign to raise your voice in support for these critical ocean areas.

U.S. Interior Secretary Ryan Zinke on Thursday recommended reductions to some of the 27 national monuments and parks under review by the Trump administration, The Washington Post reported.

Zinke did not say what changes were recommended nor which of the conservation areas would be affected.

His recommendation — which now goes to the White House — did not completely eliminate any of the national monuments or parks under review, including Hawaii’s Papahānaumokuākea Marine National Monument, which was extended just last year to create the world’s largest marine protected area.

Whether U.S. President Donald Trump adopts the secretary’s recommendation remains to be seen.

The announcement Thursday was the culmination of an unusual, months-long review of national monuments established by previous U.S. presidents under the Antiquities Act. In the weeks before the recommendation, over 3 million public comments flooded in
to the Interior Department in overwhelming support of these areas, and multiple groups vowed legal opposition.

In a report summary about the recommendations, the agency acknowledged the nearly 3 million comments it received from the public during the review period: “Comments received were overwhelmingly in favor of maintaining existing monuments.

Downsizing or changing protections within any of the national monuments would likely spark a legal battle. According to the Congressional Research Service, a nonpartisan policy agency, the case for presidential action of this kind is unclear at best.

The establishment of national monuments has been a hallmark of presidents on both sides of the political aisle. Papahānaumokuākea Marine National Monument,
for instance, is the result of action by President George W. Bush and President Barack Obama,  an example of the bipartisan support that protected areas in the U.S. have long enjoyed.

“Americans have already spoken overwhelmingly in support of strong protections for this special ocean region for over 20 years,” said ‘Aulani Wilhelm, senior vice president for oceans at Conservation International and a former superintendent
of Papahānaumokuākea.

“Simply put, Papahānaumokuākea is one of the most extraordinary ocean places on the planet. We stand with everyone who has fought so hard to secure the highest possible protections for this special place.”

An example for others?

Revoking or reducing the size of national parks — a phenomenon known as PADDD (protected area downgrading,
downsizing and degazettement) — can have adverse or unexpected effects on local people and economies, said Mike Mascia, senior director for social science at Conservation International and an expert on PADDD.

The ripple effects, however, can be felt much farther afield, he said.

“Beyond the potentially harmful effects on the environment and the livelihoods of the communities near these areas, decisions by the U.S. government have a global impact,” Mascia said. “If we downgrade our national monuments,
does that give other countries the moral license to do the same?” 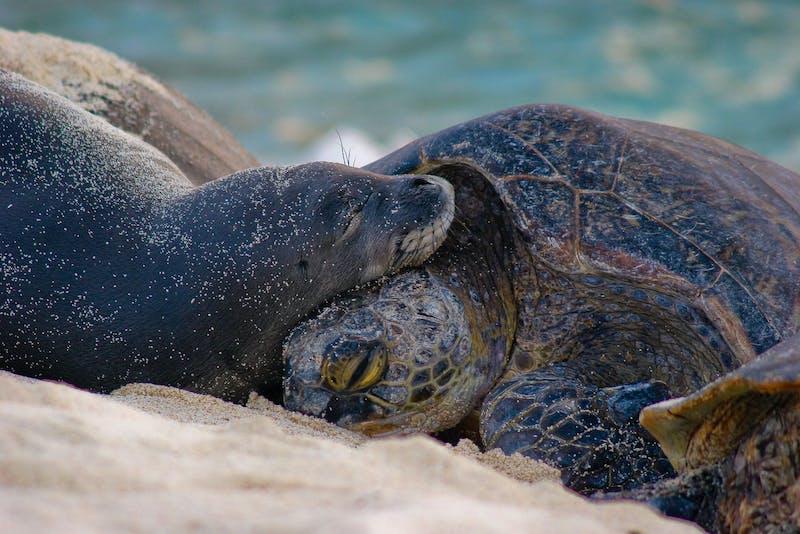 A departure from U.S. leadership

“Conservation and careful management of our world’s precious natural resources is critical to long-term growth and prosperity,” Sanjayan said. “The President ought to reject any recommendation to reduce conservation areas held in trust for the American people.

“The United States has long led the world in conservation. Any recommendation to reduce protections is unworthy of that proud legacy.”

Why Are We Forced to Eat GMO?

UK weather forecast: Freezing rain and 8 inches of snow to...