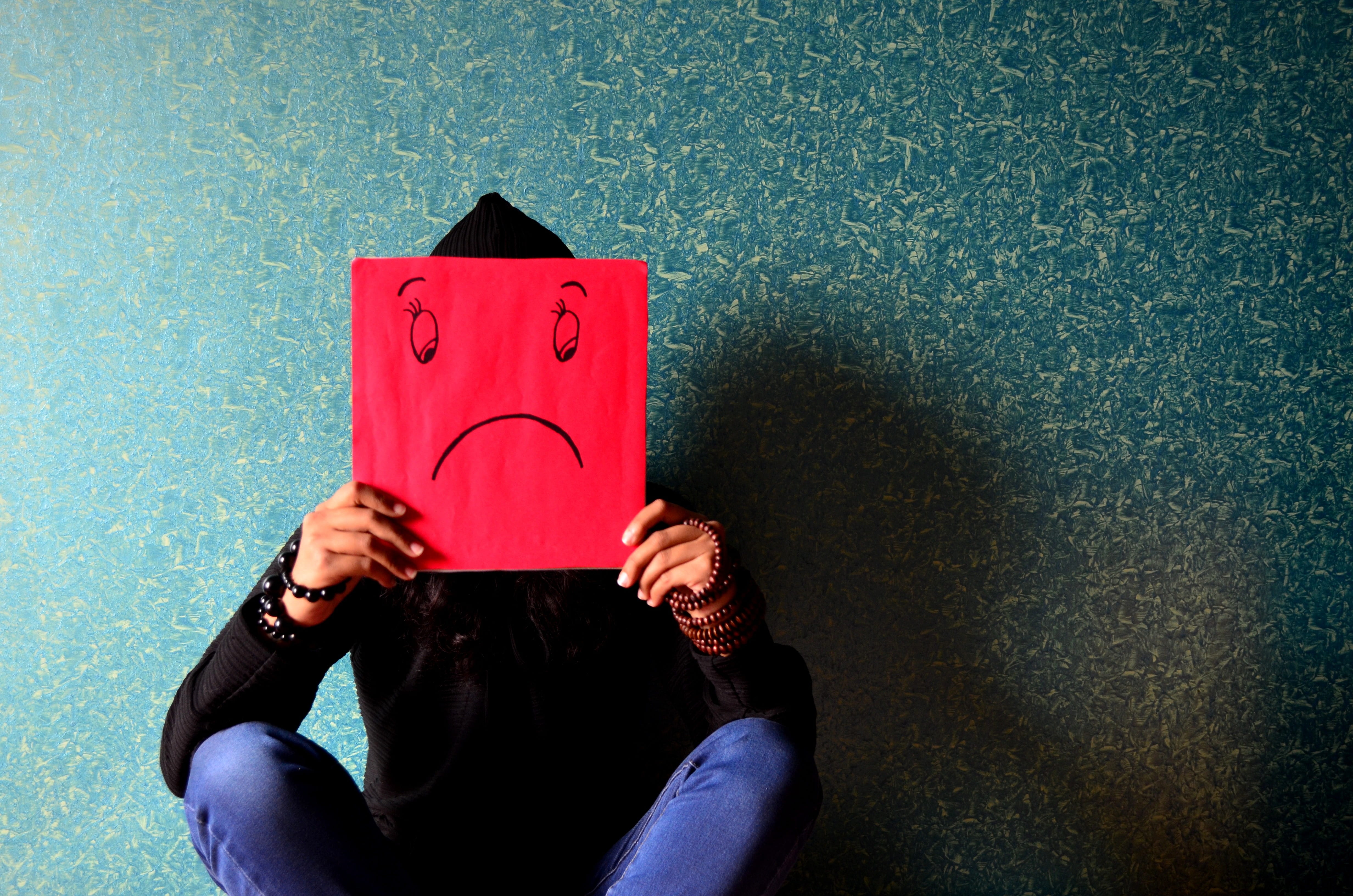 (Beyond Pesticides, June 18, 2020) Residential exposure to household pesticide products increases the risk of developing symptoms associated with depression, according to a study published in Environmental Research by researchers at Medical College of Georgia—Augusta University, School of Medicine—Jinan University, and Guangzhou Center for Disease Control and Prevention (CDC), China. Research on pesticide-induced diseases commonly investigates pesticide exposure concerning the development of various physical illnesses, and previous studies show there are occupational risks of developing depression, especially in agriculture where pesticide use is rampant. However, there is a lack of information connecting pesticide exposure to the subsequent psychological (psychiatric) effects on the general population. Additionally, household pesticide exposure varies from occupational exposure via exposure frequency, duration, intensity, and type. This research highlights the significance of researching potential mental health effects resulting from pesticide exposure, especially as society tends to rank mental health risks second to physical health. The study’s scientists note, “Our results highlight the importance of the cautious use of household pesticides because the chronic effects of poisoning may contribute to an elevated risk of depression.”

According to the World Health Organization (WHO), depression affects 322 million people globally, with the number of diagnosed patients increasing by 18.4% from 2005 to 2015. Although the etiology of depression—and many other psychiatric disorders—is often genetic, studies suggest that other etiological factors, like pesticide exposure, play a role in depression incidents. Poor mental health has a tangible influence on physical health (i.e., depression and cardiovascular disease); therefore, the combination of pesticide exposure and mental illness only worsens the adverse effects on human health. If household pesticides exacerbate psychiatric disorder symptoms, it is important to evaluate the effects of pesticide exposure on mental health, in addition to physical health.

For over two decades, research concerning pesticide exposure and psychiatric disorders, like depression, focused on occupational hazards, especially for agricultural farmworkers. Exposure to agricultural pesticides puts farmers at six times greater risk of exhibiting depressive symptoms, including chronic anxiety, irritability, restlessness, and sadness. Specifically, exposure to organochlorines and fumigants (gaseous pesticides) heighten an individual’s risk of depression by 90% and 80%, respectively. Organochlorines are a chemical of concern as it induces a myriad of health problems, including reproductive dysfunction, endocrine disruption, cancer, and fetal defects. Though the U.S. bans the use of many organochlorines, these chemicals can still expose individuals to volatile concentrations as they are highly persistent in the environment. Fumigants are of a human health concern as many fumigants are gases that can cause acute toxicity upon inhalation and ingestion. Linear models reveal an association between lifelong pesticide poisoning episodes and the increased risk of developing mental disorders among tobacco farmers. Tobacco farmers using organophosphate pesticides have a higher prevalence of minor psychiatric disorders. Organophosphates are a family of insecticides derived from World War II nerve agents. They are cholinesterase inhibitors, meaning that they bind irreversibly to the active site of an essential enzyme for normal nerve impulse transmission, acetylcholine esterase (AchE), inactivating the enzyme.

Individuals suffering from occupational pesticide exposure face a disproportionate risk of developing depression. However, pesticide exposure from nearby agricultural fields remains a threat to residential (non-occupational) human health. Previous studies found that populations living near a farm are more likely to have high depressive symptoms. Similarly, a 2019 study found that teens and adolescents living in agricultural areas, where organophosphate exposure is prevalent, are at higher risk of depression. Uniquely, gender (female), physical health, and age (young adult) indicate likely of having depressive symptoms, with the most adverse effects on women, those in poor physical health, and children under 14.

Depression symptoms are of concern among individuals, whether pesticide exposure is occupational and residential. Annually, only half of Americans with depression diagnosis seek treatment for symptoms. Untreated symptoms of depression can increase the risk of suicide, a severe sign of depression. Commonalities between occupational and household pesticide exposure are suicidal thoughts and pesticide’s provocation as a suicide agent. A study published in the WHO Bulletin found that people storing organophosphate pesticides in their homes are more likely to have suicidal thoughts as exposure rate is higher. The study found an association between suicidal thoughts and ease of household pesticides accessibility. Geographic areas with the most home storage of pesticides also had the highest levels of suicidal thoughts in their populations. WHO scientists recognize pesticide self-poisoning is one of the most significant global methods of suicide as increases in pesticide toxicity makes them potentially lethal substances. Robert Stewart, Ph.D., a researcher for the WHO Bulletin, stated that: “Organophosphate pesticides are widely used around the world. They are particularly lethal chemicals when taken in overdose and are a cause of many suicides worldwide.” With that in mind, researchers say it is vital to recognize how pesticide exposure and accessibility can influence mental illnesses.

Understanding the mental health implications of conventional pesticide exposure can help identify the various physiological mechanisms attributing to psychiatric disorders. For instance, past research finds that organophosphates have a considerable association with depressive symptom development, in addition to disturbing normal nerve impulses. So, scientists can analyze both information to determine if the lack of normal nerve impulses contributes to non-pesticide-induced depression. Specifically, this research identifies o-phenyl phenol—a toxic phenol pesticide—as the main urinary constituent in the study. O-phenyl phenol is a likely carcinogen, endocrine disruptor, and highly toxic to aquatic organisms, including fish. The carcinogenic and endocrine-disrupting properties of o-phenyl phenol likely contribute to the development of depressive symptoms as pesticides alter the way chemicals perform normal bodily functions.

Despite this study’s claim that moderate-to-vigorous exercise can mitigate pesticide-induced depressive symptoms, 25% of the global population is not active enough to avoid depressive symptoms. Nearly 80% of all U.S. adults and adolescents alike, do not meet the guidelines for moderate physical activity, with only half of all Americans regularly exercising. However, even vigorous exercise cannot fully protect an individual from the mental and physical hazards of chronic pesticide exposure. Thus, researchers point to the need for future research to include assessing pesticide thresholds to induce depressive symptoms.

Mental health is just as—if not more–important than physical health and studies such as these, highlights the importance of knowing pesticide implications beyond physical ailments. Through our Pesticide Induced Diseases Database (PIDD), Beyond Pesticides tracks  the most recent studies related to pesticide exposure. For more information on the multiple harms, pesticides can cause, see PIDD pages on sexual and reproductive dysfunction, endocrine disruption, cancer, and other diseases. Additionally, buying, growing, and supporting organic can help eliminate the extensive use of pesticides in the environment. Consumers’ choices encourage the protection of the people who help put food on our table every day by purchasing organic. By buying and using organic products, you not only support an agricultural system that does not heavily rely on the widespread application of dangerous pesticides, put a residential system as well. For more information on how organic is the right choice for both consumers and the farmworkers that grow our food, see Beyond Pesticides webpage, Health Benefits of Organic Agriculture.

Lastly, suicide is the 10th leading cause of death among adults (3rd for adolescence) in the U.S., with more than 34,000 individuals take their own life every year. Suicidal thoughts and behaviors are dangerous and harmful and therefore considered a psychiatric emergency. An individual experiencing these thoughts should seek immediate assistance from a health or mental health care provider. If you or someone you know is in an emergency, call the National Suicide Prevention Lifeline at 1-800-273-TALK (8255), or call 911 immediately.

Endocrine disruptors in lakes are becoming an emerging concern