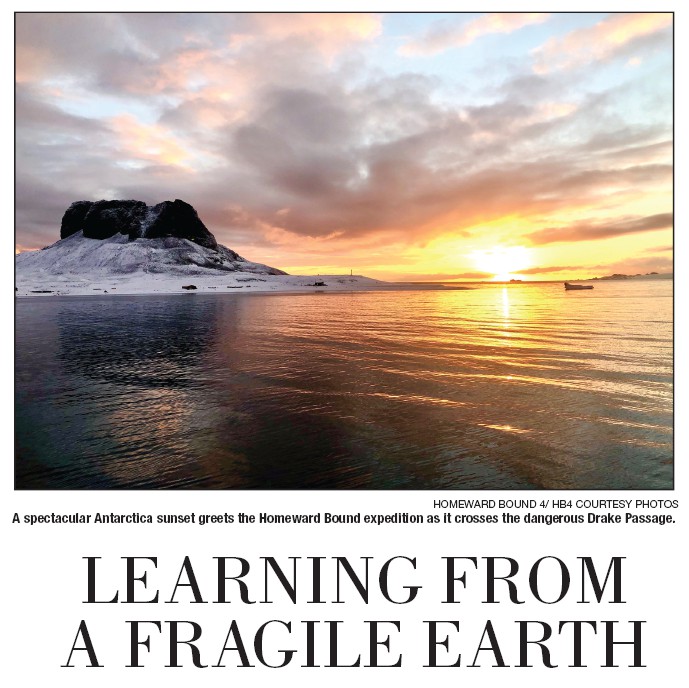 A spectacular Antarctica sunset greets the Homeward Bound expedition as it crosses the dangerous Drake Passage.

Antarctica. The White Continent. The South Pole. It’s almost 2 million square miles larger than the United States. For three weeks late in 2019, Terri Jump, a volunteer boat captain/naturalist at The Conservancy of Southwest Florida — shown here hiking glaciers at Neko Harbor — joined 98 other women of science from 33 countries (11 Americans) in a Homeward Bound expedition to Antarctica, part of a year-long study of climate change. She shares her experience on the cold, isolated, harsh but pristine continent inside on pages A12-13.
— Eric Strachan, Florida Weekly

I’m Captain Terri, a volunteer boat captain and naturalist for the Conservancy of Southwest Florida. I am passionate about saving the Everglades. There’s only one Everglades in the world and it is disappearing.

This past November-December, I participated in the largest expedition ever to Antarctica — an all-women expedition. There were 99 women in science from 33 countries (11 Americans/ 12 global faculty) selected as part of the international fellowship program Homeward Bound. The vision is to develop a network of 1,000 STEMM (science, technology, engineering, math, medicine) women in leadership to sustain the planet. 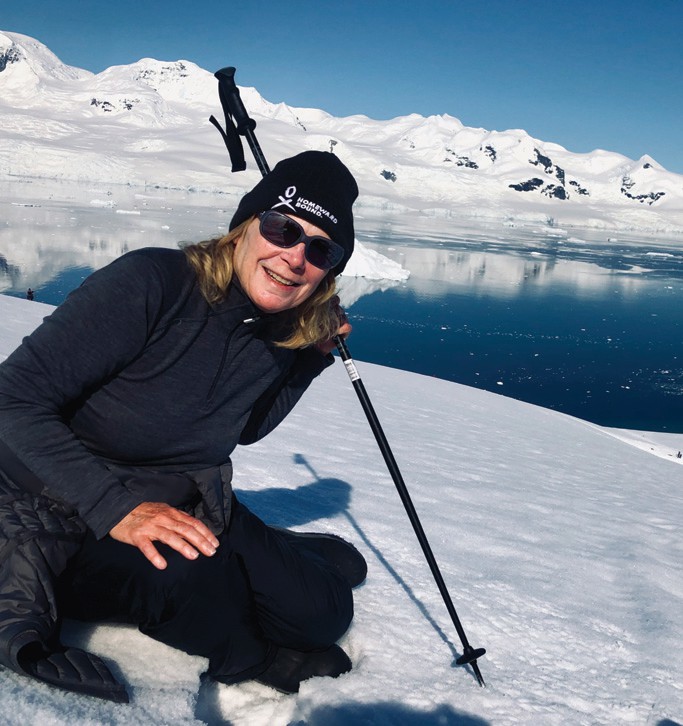 After more than a year of virtual study, the program culminated with a three-week Antarctica expedition. Antarctica took us far away (off the grid) from our work and families to learn and engage together. It is one of the fastest warming locations on Earth — despite its modest human footprint.

Here you have this place that has such raw, pristine, spectacular beauty that words can’t describe, and yet, I felt a deep sadness. Just like the Everglades and the Gulf, it’s struggling with warmer temperatures, rising seas, water issues, loss of wildlife habitats, over-fishing, potential extinction of species, pollution, plastic contamination, etc.

The expedition to Antarctica was far more than a remarkable travel journey. It connected me to my deep purpose as a volunteer boat captain/ naturalist with the Conservancy. It was a reminder of the fragility of our environment and how easily we can destroy nature when we don’t protect it. While scientific research and facts are critical, I believe it is when we connect our hearts to nature, we will want to save it. I have learned that when we care about something, we will protect and advocate for it. 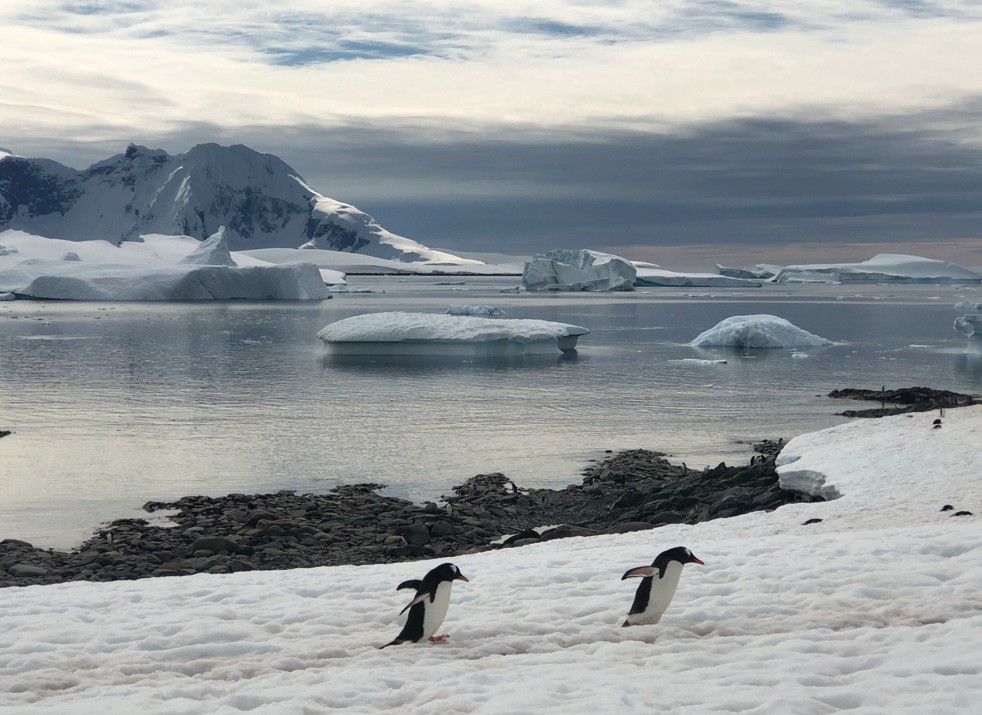 Gentoo penguins are the third largest penguin species alive and have a large geographical range. The largest populations of gentoo penguins are found at the Antarctic Peninsula as well as the Falkland Islands and South Georgia Island.

In our own backyards of Southwest Florida, we have an urgent need to preserve our water, our land and our wildlife. Many of us have experienced the devastating “red tide” at the beach and seen photos of the dead carcasses of dolphins and sea turtles washed up on our shores. Additionally, we have a severe water shortage, unclean water, increased salinity and rising tides — impacting fish, marine life, wildlife, sawgrass, tourism and importantly, our health. The increased development in our rural areas threatens endangered species, like the Florida panther. Over 1 million acres of rural lands are proposed for development. The controversial Vanderbilt Beach marina project (One Naples) has galvanized North Naples, with many in opposition to more high-rises, congestion and development. Can we find a sensible balance between a growing population and conserving the natural treasures of our beloved Southwest Florida before it is gone? 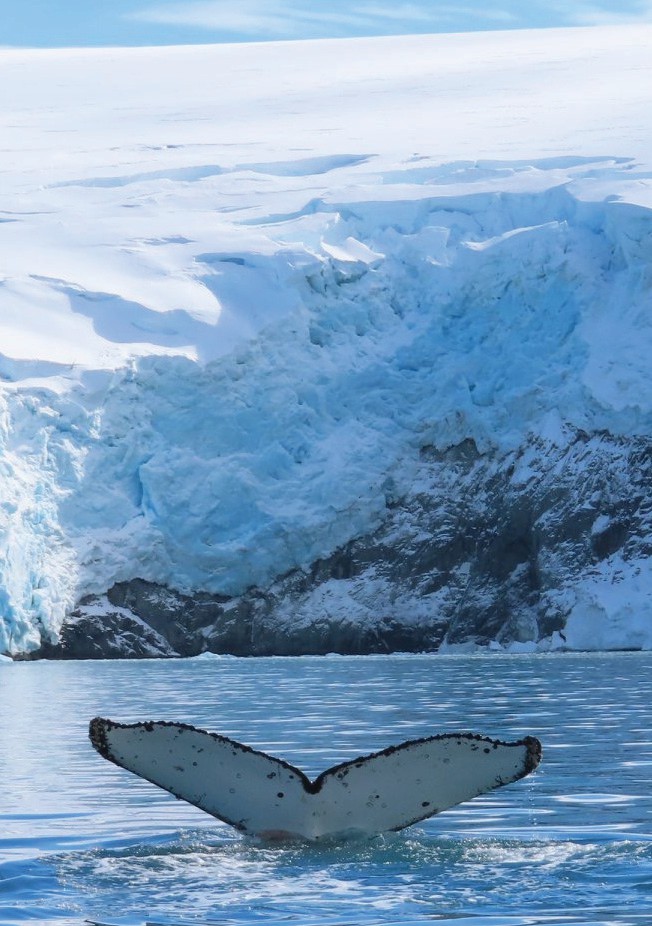 Feeding primarily on Antarctic krill, Humpback whales are the most abundant baleen whale in the nearshore waters around the Antarctic Peninsula.

Mother Nature is calling all of us to care and love her more. Here are a few suggestions to help: reduce single use plastics (and styrofoam); use Florida-friendly landscaping practices, learn more about Southwest Florida’s environmental issues, visit the Everglades, contact your representatives to share your concerns and join the Conservancy of Southwest Florida. www.conservancy.org. Oh yes, and come on my boat tour when the Conservancy opens again! ¦ 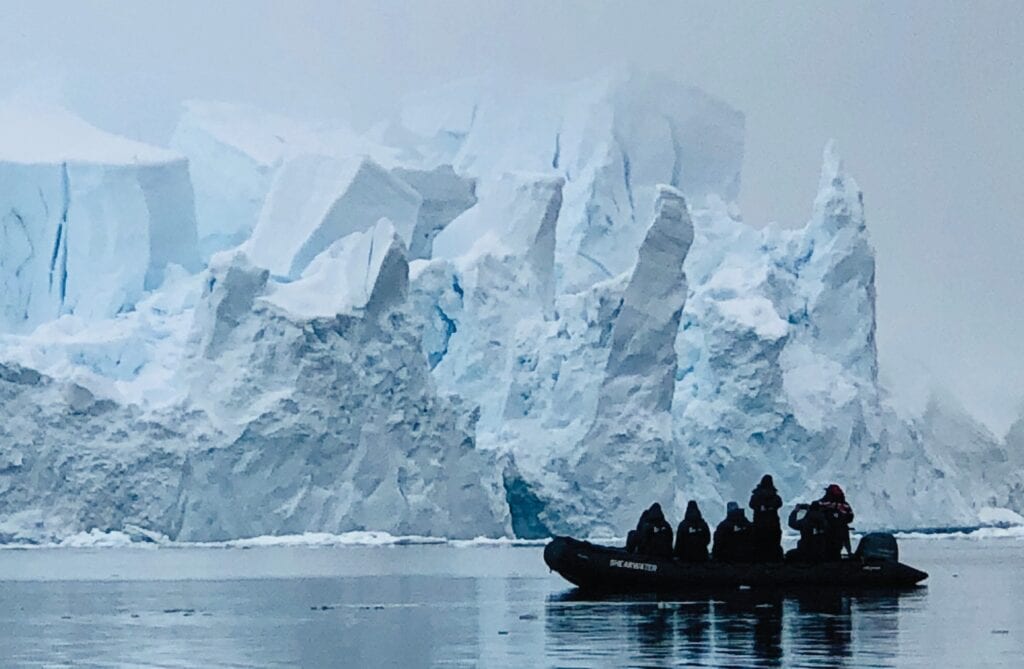 Silent Zodiac cruises became the favorite activity of the Homeward Bound expedition as a way of experiencing the sights and sounds of Antarctica. Below, southern elephant seals — this one photographed from a distance with a telephoto lens — are the largest species of seal on the planet and common along the Antarctic coastline, dozing in the sun, nursing their pups or swimming in the waters just off shore. 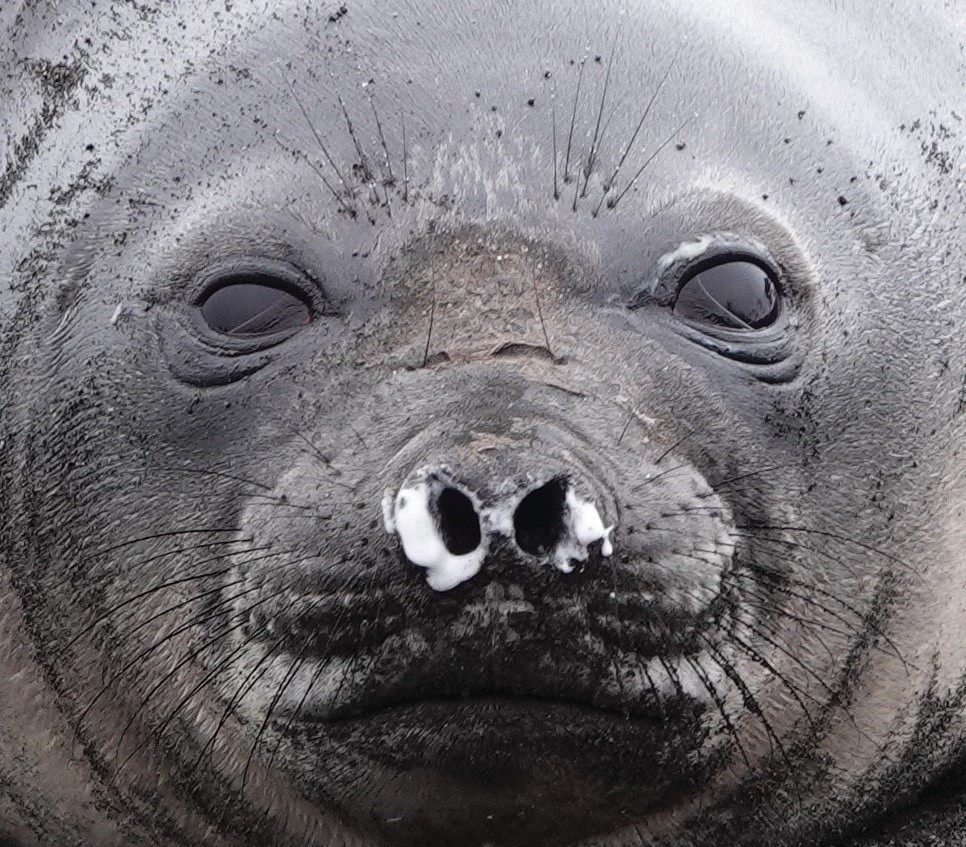 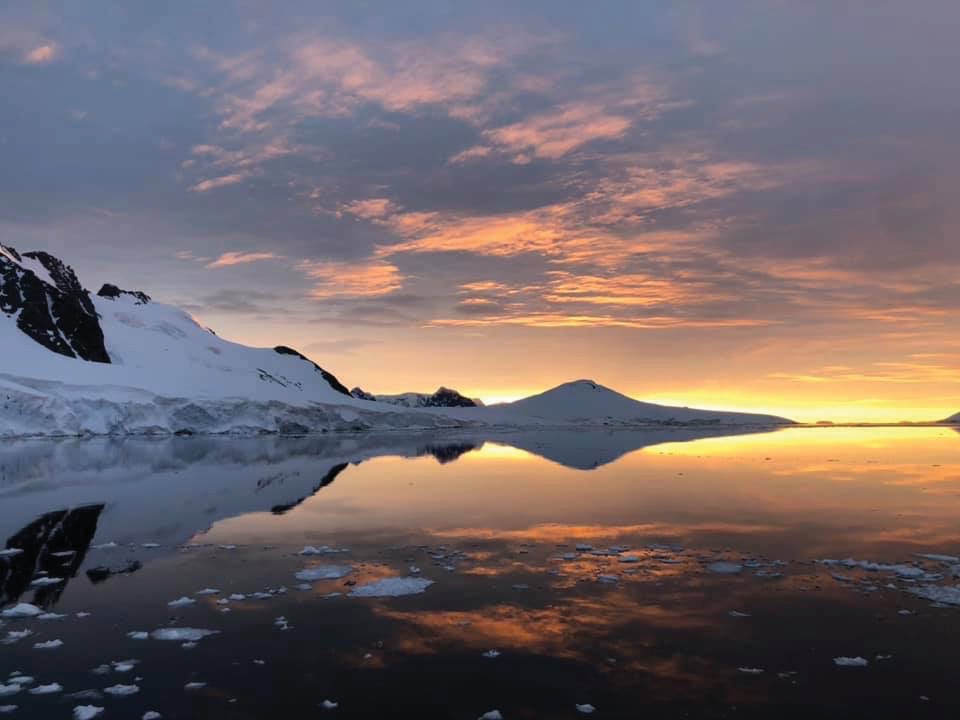 In Antarctica during the summer months — what are considered winter months in the northern hemisphere — the sun remains low on the horizon. The Earth is tilted toward the sun and in constant sunlight. The colors of the sunsets are extraordinary with a red-orange glow that lights up the clouds, icebergs, cliffs and sea. HOMEWARD BOUND 4/ HB4 COURTESY PHOTOS 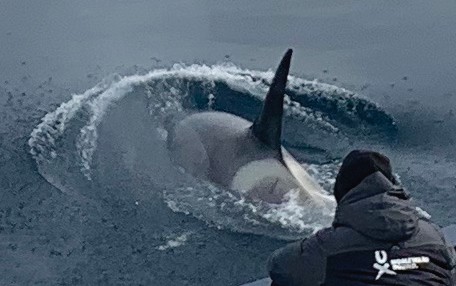 Above, Orca whales swim under the ship to the delight of expedition participants. Also known as killer whales, they are the top predators in Antarctica’s rapidly warming environment. 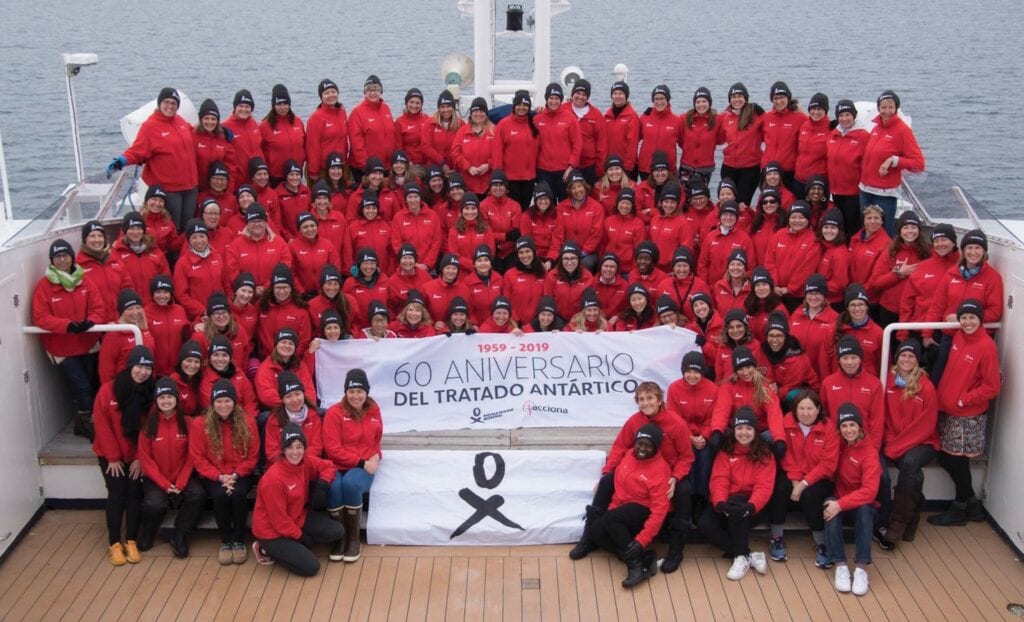 Homeward Bound 4/HB4 celebrated the 60th anniversary of the Antarctica Treaty during the expedition. The Antarctic Treaty System regulates international relations with respect to Antarctica, Earth’s only continent without a native human population. 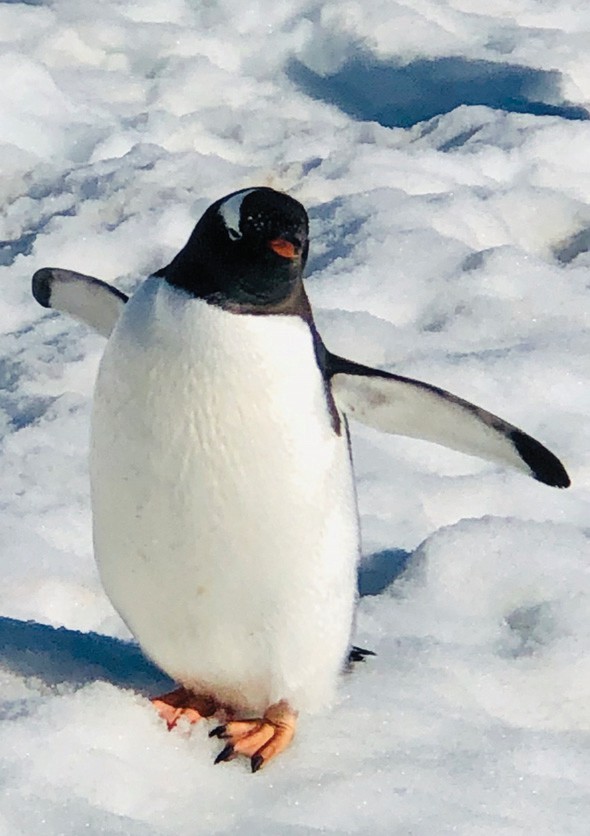 Gentoo penguins are awkward on land but artfully adept underwater, where paddleshaped flippers propel them up to 22 miles an hour.

Newsom promised ‘giant leaps’ on climate. Will they happen?

Simple EFT Tapping For When You May Need New and More...

How the oil industry made us doubt climate change