ATLANTIC SKIES: Near-Earth objects come in all shapes and sizes and each with their own measurable risk


Any of the countless small celestial bodies that orbit within our solar system whose orbits bring them between 0.983 – 1.3 AUs proximity to Earth are referred to as near-earth objects (NEOs).

An AU, or astronomical unit, is the distance between the Earth and the sun: about 7,500,000 kilometres.

An object that is farther away than 1.3 AUs can also be considered a NEO if data on its projected orbit indicates that it could potentially, at some point in the future, come in close proximity to our planet, or if its perihelion (closest approach to the sun) is less than 1.3 AUs.

The discovery of NEOs is dependent on a number of factors: their size, the characteristics of their orbit and their surface reflectivity. 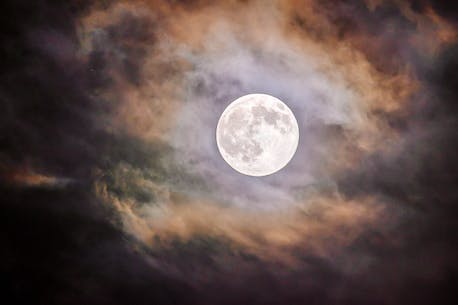 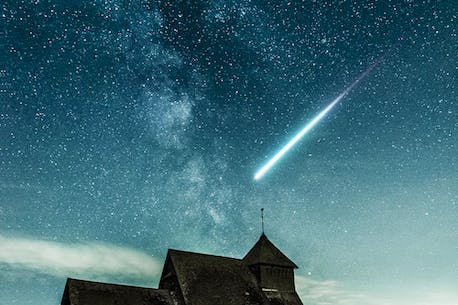 They are of particular interest — and concern — to astronomers when their orbit puts them on a potential collision course with our planet. If the NEO crosses Earth’s orbit and is larger than 140 metres in diameter, it is considered a PHO, or potential hazardous object.

PHOs are defined as NEOs that have the potential to approach dangerously close (0.05 AU or less — known as the MOID or minimum orbit intersection distance) to Earth and which have an absolute magnitude (a celestial object’s luminosity on an inverse logarithmic magnitude scale) of 22.0 or brighter.

NECs are extinct comets which have lost all their volatile surface materials of dust and ice.

Any meteoroids which orbit the sun and are larger enough to be tracked prior to striking the Earth are also considered NEOs.

While the vast majority of NEOs and PHOs are asteroids, some are actually the remnants of dead comets.

NECs are objects in near-earth orbit having a plasma/dust tail and a coma. Due to the fact that they tend to pass Earth at higher speeds and have a propensity to fragment, the kinetic impact energy of NECs has the potential to be greater than that of a similarly-sized asteroid.

Past hits and fly-bys

The Tunguska event in an uninhabited area of Siberia, Russia in 1908 is thought to have been caused by a fragment of Comet Encke, which detonated above the Earth’s surface, causing sonic booms around the globe, putting up a luminous atmospheric vapor seen as far away as Britain and levelling a 2,150 square kilometre area of trees at the burst site.

The first NEO discovered was an NEC: Lexell’s Comet (D/1770 L1). It was discovered by the astronomer Charles Messier in June 1770, but named for the Finnish-Swedish astronomer, Anders Johan Lexell, who first computed its orbit.

Comet Lexell passed Earth at a distance of 0.015 AU (2,200,00 kilometres) on July 1, 1770, closer than any other comet in recorded history to that date. It has not been seen since and is considered a lost comet.

NEAs are small, rocky bodies called planetesimals theorized to have formed from the accretion of dust particles in the debris disks of protoplanetary disks within the primordial solar nebula that, eventually, gave birth to our solar system 4.6 billion years ago.

The accepted origin point of most NEAs is the Main Asteroid Belt (or Main Belt), a torus-shaped region in our solar system between Jupiter and Mars containing billions of solid, irregularly-shaped, rocky bodies. These bodies, though stable within their orbit between Jupiter and Mars for millions of years, can be (and often are) nudged out of their orbit by the gravitational influence of Jupiter, and, if they are not thrown out of our solar system altogether, may travel into the inner solar system and near our planet.

Even a small asteroid impacting our planet could do significant damage to the natural and man-made environments. One has only to think of the global-altering impact of the huge 10- to 15- kilometre diameter asteroid that struck the Yucatan Peninsula (in modern-day Mexico) around 66 million years ago, wiping out 75 per cent of all life forms on the planet at that time, including most dinosaur species and altering the planet’s natural environments and climate for decades.

The first NEA discovered was 433 Eros (named for the Greek god of love) in 1898. Since then, numerous other NEAs have been found.

Although, as of 2021, 2010 RF14, a seven-kilometre diameter asteroid has the highest chance (1 in 22) of hitting the Earth in 2095, it is considered too small a PHO to do any serious damage. Observations in 2022 will more accurately determine if this asteroid will hit or miss Earth.

The risk assessment of NEOs striking the Earth is calculated and rated on two scales, both of which are based on the probability of the NEO impacting the Earth and the potential severity of the impact (in terms of the loss of human life and property and damage to the planet’s natural environment).

The first scale — the Torino Scale — looks for potential impacts less than 100 years into the future and assesses the seriousness of a collision prediction using probability statistics and established kinetic energy (the energy possessed by an object in motion; expressed in megatons of TNT) damage parameters to arrive at a single threat value.

The Torino Scale is an integer scale ranging from 0-10, with 0 indicating a small chance of a collision with the Earth and 10 indicating a certain collision of a catastrophic nature (often referred to in the media as “a planet killer”).

The second scale — the Palermo Scale — is a more complex logarithmic scale which also utilizes probability of impact data, combined with the estimated kinetic energy yield of the NEO, to arrive at a hazard value. On the Palermo Scale, 0 equates to the background hazard (the average risk posed by objects of the same or larger size throughout the years leading up to the potential NEO impact), anything above 0 (a positive value) is rated exponentially (e.g., a +2 hazard value is 100 times as great as 0), anything with a negative value indicates no likely consequences, and ratings between 0 and -2 call for continued careful monitoring.

The Jet Propulsion Lab (JPL) of the North American Space Agency (NASA) maintains a Sentry Risk Table, which is a catalogue of the most current data related to the possibilities of future NEO-Earth collisions over the next 100+ years. New NEOS are added to this table when discovered and old ones dropped when data indicates they no longer pose any risk.

As well, there is an international program called Spaceguard (coined from Arthur C. Clarke’s 1973 sci-fi book Rendezvous with Rama), which is an effort to discover, catalogue and study NEOs, particularly those on a potential collision course with our planet. This program is also looking at methods and technology to deflect any NEO on a collision course with Earth.

On Nov. 23, 2021, NASA launched its DART (Double Asteroid Redirection Test) space probe, a mission to test the viability and effectiveness of deflecting an approaching asteroid on a collision course with Earth. DART will impact the small, 160-metre asteroid Dimorphos (the smaller of a binary asteroid system; the larger one is named Didymos) on Sept. 26, 2022.

In the sky this week

Jupiter (mag. -2.8, in Cetus — the Sea Monster) is accessible when it reaches around 7 degrees above the eastern horizon around 10:20 p.m., reaching its highest elevation of 45 degrees in the southern, pre-dawn sky by about 3:40 a.m., before being lost to the approaching dawn shortly before 6 a.m.

Mars (mag. 0.0, in Taurus — the Bull) rises in the east-northeast around 11:50 p.m., reaching 58 degrees above the southeast horizon, before fading from view shortly before 6 a.m.

Venus (mag. -3.9 in Cancer – the Crab) rises in the east-northeast shortly after 5 a.m., reaching only 10 degrees above the horizon before succumbing to the dawn’s glow shortly before 6 a.m.

Mercury is not currently visible in the night sky.

Until next week, clear skies.

((Glenn K. Roberts lives in Stratford, P.E.I., and has been an avid amateur astronomer since he was a small child. He welcomes comments from readers at [email protected].)