Cable bacteria are capable of electricity conduction and a recent article report expounds it can avert oil spills and methane emissions. Latest developments indicate scientists are currently studying if the electrical pathogens if they can be put into good use, mainly through helping the environment.

Laboratory-based experiments show the cable bacteria can also support other microbes that consume crude oil. With this, the scientific community has launched an investigation to increase the bacterium growth and assist in oil spill clean-up operations.

In addition, the report claims researchers have found the bacteria can also cut emissions of the potent greenhouse gas methane and prevent it from accumulating in the atmosphere. The said chemical compound, along with global warming-inducing gases including carbon dioxide, have been a subject of climate change-mitigation efforts in recent years.

In particular, such objective is one of the many objectives of the 2015 Paris Agreement. The so-called ‘Paris Treaty’ or Paris ‘Climate Agreement’ primarily aims to reduce global temperatures to 1.5 degrees Celsius.

While reducing methane emissions have been a conventional advocacy for many years, the application of unconventional methods such as involving cable bacteria is reported now on the table. 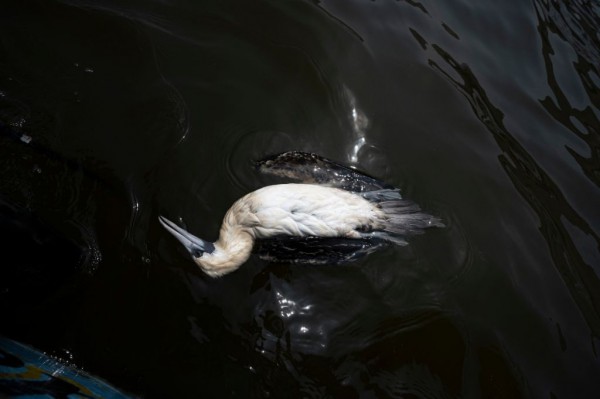 Cable bacteria, under the microscope, resemble to contain parallel electric wires made from proteins that can channel electricity attached to the bacterium’s multicellular bodies, according to a study published in Nature Communications on June 28.

The findings were cited by Science News on its July 29 report, which also referenced multiple research that eyes are now on the electric bacteria and its upcoming potential role; of cleaning oil-afflicted bodies of water and mitigating global warming, in general.

Some researchers are reportedly considering the utilization of the pathogen’s electrical abilities to address oil spills, which has been known of devastating coastal ecosystems should one occurs, according to Science News.

According to the National Oceanic and Atmospheric Administration (NOAA), oil spills can occur in places where oil, as an ancient fossil, is being drilled, transported, or used. The so-called human-induced disaster can transpire in the ocean, on the shore, in the Great Lakes, or in rivers that is connected in coastal waters.

Since oil consists of a variety of toxic compounds, the NOAA emphasized it poses a threat to animals, plants, and habitats in the mentioned bodies of water.

The world’s worst oil spill disaster in recorded history is known as the Deepwater Horizon oil spill, which occurred in the Gulf of Mexico in April 2010. The disaster left 11 oil rig workers dead. It has been considered as the largest oil spill in the history of marine oil drilling operations.

From its potential oil spill-cleaning role, a related study published on the site of the New Phytologist Foundation analyzed cable bacteria found from rice paddies the United States, China, India, and Vietnam.

The analysis showed that the electric bacterium’s presence could be evidence of its potential of reducing rice soil methane emissions. Yet further studies are still required if it can also affect the atmosphere-based methane.