The global warming caused by greenhouse gas emissions is considerable. Fluorine-containing gases, such as so-called per- or polyfluorinated hydrocarbons, or PFCs, as well as carbon dioxide (CO2), play a crucial role in this process.

New crystalline materials that can specifically adsorb the molecules with such carbon-fluorine linkages have recently been produced by scientists at Heidelberg University’s Institute of Organic Chemistry, under the direction Dr. Michael Mastalerz.

The Heidelberg researchers are hoping that PFCs may be specifically bind to and recovered from these porous crystals. 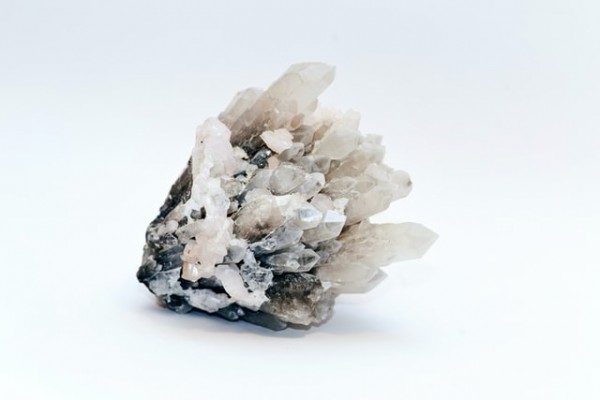 Polyfluorinated carbons are chemical compounds of different lengths in which fluorine atoms have partially or completely replaced the hydrogen atoms of alkanes.

Chemically, these atoms are quite stable.

They are not commonly found in nature and are mostly employed for etching procedures in the semiconductor industry, eye surgery, and in the field of medicine as contrast enhancers for some ultrasound tests.

Professor Mastalerz emphasized that unlike CO2, which is part of the natural material cycle, PFCs build up in the atmosphere and persist there for a long time before decomposing.

PFCs, therefore, have a far higher potential for causing global warming than carbon dioxide since one PFC molecule has an effect that is about equivalent to 5,000 to 10,000 CO2 molecules.

Professor Mastalerz’s research team at Heidelberg University’s Institute of Organic Chemistry has created a novel crystalline substance that can very selectively attach polyfluorinated hydrocarbons to its internal surface by adsorption.

The shape-persistent organic cage compounds that carry fluorine-containing side chains on the linked struts serve as the foundation for the porosity crystals.

Through fluorine-fluorine interactions with the PFC molecules, these side chains react in accordance with the “like attracts like” principle and ensure that they are deposited on the inner surface of the material.

The Heidelberg scientists established via their investigations that the crystals they generated bind certain fluorine-containing gases like octa fluoro propane or octafluorocyclobutane 1,500-4,000 times more strongly than dinitrogen, the primary component of air.

Presently, Professor Mastalerz and his group are focusing on boosting the crystals’ selectivity even more and adapting the procedure to different fluorinated gases, like those utilized in anesthesia for patients.

The researcher further noted that he sees the huge possibility for advancement in this area, as cited by ScienceDaily.

He hopes that the polyfluorinated hydrocarbons may be recovered at the point of the application using the adsorbent.

The greenhouse effect and our planet

When certain gases, referred to as greenhouse gases, build up in the Earth’s atmosphere, the greenhouse effect occurs, as per the National Geographic.

The sun’s light can reach Earth’s surface thanks to greenhouse gases, which then trap the heat that is reflected back from the surface inside Earth’s atmosphere.

Some greenhouse gases are produced naturally, such as when water evaporates and enters the atmosphere. When an animal or plant breathes or respires, carbon dioxide is released, and decomposition naturally releases methane.

There is evidence that methane is generated in low-oxygen areas like landfills and marshes.

Because of the greenhouse gases that are released by volcanoes, both above and below the ocean, times of high volcanic activity are often warmer.

People have been releasing more greenhouse gases into the atmosphere since the Industrial Revolution in the late 1700s and early 1800s.

Over the last century, that sum has increased dramatically.

The amount of greenhouse gas emissions rose by 70% between 1970 and 2004. CO2 emissions increased by roughly 80% throughout that time.

The level of CO2 in the atmosphere is significantly higher than the naturally occurring range observed during the previous 650,000 years.

Fossil fuel combustion is the primary source of CO2 emissions from human activity. Fossil fuels are burned by automobiles, trucks, trains, and airplanes. Quite a few electric power plants also do.

Cutting down forests is another way people contribute to CO2 emissions since plants store a lot of the gas.

Related article: A Massive New Source of Greenhouse Gases is Rapidly Warming Up the Planet