The students took part in sessions to learn more about communicating about climate change, influencing change within their schools and communities and pursuing careers that will ultimately help to reduce the impacts of climate change in the future.

Todd Kummer, member of the United Nations Association of Dane County, said the conference hosted a series of speakers and, unlike the 2020 conference, the students entirely organized and hosted it.

“Choosing speakers, talking to speakers about who we would like to hear from, was all done by [the] Dane County Youth Environmental Committee,” said Kummer.

Isak Drangstveit is a student at Waunakee High School and he said he felt an obligation to come to the conference even though he would have liked to spend the weekend with his friends.

“I wish I didn’t have to do this honestly,” Drangstveit said. “I’d rather not be here, I’d rather be doing something with my friends like a normal high school student.” 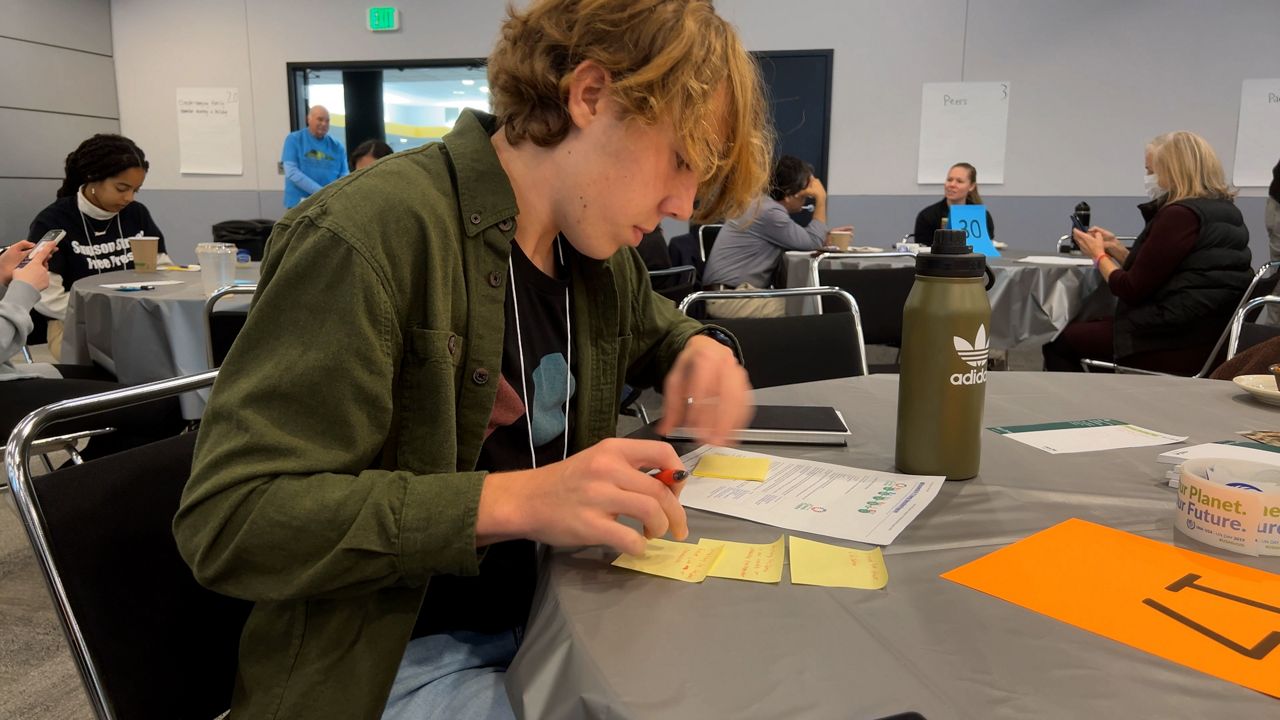 Drangstveit said he often feels helpless when he looks on social media and notices how climate change is impacting people across the planet, but he is doing everything he can to help.

Climate change is affecting people across the globe in many ways, including illness from extreme weather events.

The World Health Organization stated that climate change is the single biggest health threat facing humanity. A report from the intergovernmental panel on climate change said that nations need to move away from fossil fuels much faster to keep any hope of preventing the planet from reaching 1.5 degrees Celsius, which scientists say is needed to avoid disastrous extreme weather, world hunger and disease.

Despite the seriousness of the issue, Drangstveit said his friends don’t understand why he cares so much.

“They think it is lame that I am here because just like a normal high school student they are worried about what football or sport is going on and instead I am here talking about climate change and politics,” Drangstveit said.

Because of students like Drangstveit, today’s youth is becoming one of the most vocal generations to fight for the planet in recorded history.

Mikhaila Calice, PhD Student at the University of Wisconsin-Madison, said those voices are playing a crucial role in shaping the future of the climate.

“I think having youth as a part of those conversations also brings a totally different perspective than I think people who are the decision makers around climate policy,” said Calice. “Having them at the table, having them in these spaces where they can think of ways to bring those messages to the decision makers I think is really powerful.”

As nations meet at COP27 in Egypt, studies show that the world is on track to exhaust its carbon budget in nine years and Calice said Saturday’s conference was meant to teach youth how to have conversations about climate change with their family and friends.