A magnetic field can significantly boost the performance of a large-scale fusion experiment that may lead to a future source of clean power.

Nuclear fusion could provide a clean power source, but one of the technological challenges is maintaining the fuel at a high enough temperature for a long enough time. In a technique called inertial confinement fusion (ICF)—where lasers initiate the nuclear reaction—a magnetic field has been shown to improve heating. Now researchers have shown that a magnetic field can also help in a large-scale experiment with a more complicated design that produces far more energy [1]. The applied field increased the fuel’s temperature by 40% and tripled the fusion reaction’s efficiency. The work provides a step toward increasing the robustness and energy output of the fusion reaction and provides the first proof of concept of magnetization-assisted fusion in a large-scale experiment.

In the simplest version of ICF, synchronized laser pulses hit a capsule filled with cold hydrogen fuel, causing it to implode. The implosion heats the fuel and creates a spot of burning plasma (see Viewpoint: Fusion Turns Up the Heat). The “hot spot” serves as a spark that initiates burning throughout the fuel, driving a self-sustaining fusion reaction that releases energy. However, these implosions can fail to generate significant fusion energy if the fuel pellet has small imperfections on its surface or if the lasers are not perfectly timed. But if the fuel could be heated to temperatures higher than was possible in recent experiments, there would be more margin for error, which could alleviate the sensitivity to such details.

In 2012, researchers at the OMEGA laser facility at the University of Rochester, New York, demonstrated that a magnetic field significantly changes the heat flow within a laser-heated fuel. This field, in effect, provides insulation around the hottest region of the fuel, offering a way to improve heating and eventually the reaction yield. “It’s like a thick Styrofoam sleeve that keeps your coffee hot without burning your hand,” says John Moody of the National Ignition Facility (NIF) at Lawrence Livermore National Laboratory (LLNL) in California. In the presence of a magnetic field, electrons in the plasma are forced to follow helical paths along the magnetic-field lines, thereby colliding less frequently with each other. This behavior slows the flow of heat to the colder surrounding fuel and provides additional heat within the hot spot.

Researchers at LLNL have used computer simulations to study the potential benefits of magnetization for performance at NIF, the world’s largest ICF experiment and the one that has come closest to the goal of producing more energy than it consumes. The OMEGA results proved the basic concept, but they could not be applied directly to NIF, since NIF uses a design called indirect drive, in which the laser pulses heat a hollow gold cylinder so much that it glows in x-rays. This radiation in turn illuminates and heats the fuel capsule, which is located inside the cylinder, and causes the capsule to implode.

Exposing a gold cylinder to a strong magnetic field would generate electric currents in its walls that would destroy it (see Trend: Boosting Inertial-Confinement-Fusion Yield with Magnetized Fuel). To get around this problem, Moody and his colleagues experimented with alloys to create a metal cylinder with low electrical conductivity. They found that an alloy of gold and tantalum (AuTa4) could tolerate the high magnetic field.

The NIF team ran experiments using a cylinder made from this alloy along with a fuel capsule filled with pure deuterium, a form of hydrogen. They applied a 26-tesla magnetic field by passing a current through a wire coil wrapped around the cylinder, just before turning on the lasers. Compared with experiments without the magnetic field, the laser-generated hot spot increased in temperature by 40%. The energy output, measured by counting the number of neutrons produced during fusion, increased by 3 times. According to Pascal Loiseau, a plasma physicist at the French Alternative Energies and Atomic Energy Commission (CEA), these results are “remarkable” and constitute a proof of concept for magnetic assistance at NIF.

To reduce the risk to equipment and to lower infrastructure expenses, the NIF team simplified the configuration for these initial experiments. They reduced the laser power, kept the fuel at room temperature, and used deuterium alone. In future higher power experiments that use two forms of hydrogen fuel (deuterium and tritium), Moody anticipates a second effect that will boost performance. High-energy particles generated during the nuclear reactions will become trapped by the field lines. These charged particles will spend more time depositing energy within the hot spot, providing more heat before they escape.

Rachel Berkowitz is a Corresponding Editor for Physics Magazine based in Vancouver, Canada. 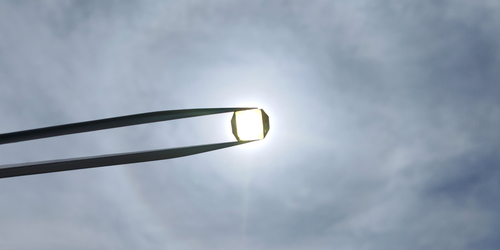 Researchers have demonstrated a quantum sensor that can power itself using sunlight and an ambient magnetic field, an achievement that could help reduce the energy costs of this energy-hungry technology. Read More » 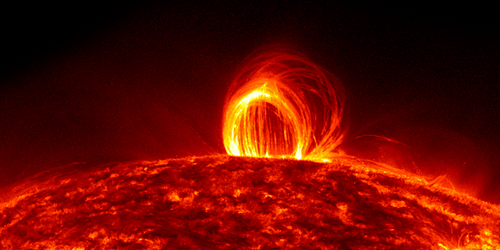 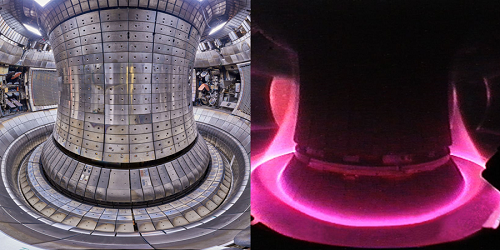