Nature an underrated ally against flood and drought


New heatwave and temperature records have been set around the world this year, emphasising the urgency of managing global warming and the extreme weather it brings. Temperature is the most common metric to define the impact of climate change, but another variable is just as important: water.

Droughts and floods are already severely affecting economies worldwide, with consequences for net zero champions and laggards alike. The good news is that we already have a mighty ally on our side: forests are one of humanity’s greatest resources for mitigating and adapting to climate change. However, to leverage their power, countries need to take bold action to protect forests at home and abroad.

Variations in temperature and precipitation will have increasingly serious impacts across the globe, predicts the Intergovernmental Panel on Climate Change (IPCC). Too much rain means flooding, loss of human life, damage to infrastructure, property and crops. Too little may escalate the risk of forest fires and the loss of ecosystems, biodiversity and crops. Both flood and drought displaces people and leads to food insecurity and poverty. 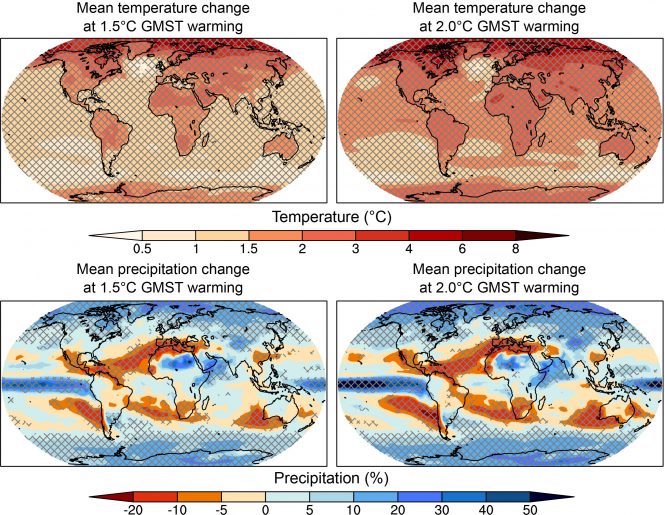 The human and economic costs are significant. Since 1980, more than 2.4 million people and US$3.7 trillion have been lost to natural disasters, estimates the World Bank. Of the deaths, 91% have occurred in developing countries. The annual economic losses have soared globally from $18 billion in the 1980s to $167 billion in the last decade – an increase of 800%.

In the global effort to deal with the climate crisis, nature itself can be a crucial ally against floods and droughts.

Nature-based solutions are cost-effective ways of working with nature to mitigate and adapt to climate change. Forests and rainforests, in particular, can help avoid the high human and economic costs caused by too much or too little water.

Forests play a critical role in the water cycle, regulating rainfall, evaporation and water and sediment flows. They help climate change mitigation – as “carbon sinks” – and adaptation – through the alleviation of floods and droughts. Forests can retain excess rainwater, prevent run-off, and act like a filter during floods, preventing debris and pollutants from reaching water sources. The volume of water a forest retains depends on several factors, but unsurprisingly research shows that water basins with more forest cover retain more.

The cliché of thinking globally and acting locally isn’t enough

In dry seasons, forests can release water into the atmosphere, acting like pumps to generate rain as they “sweat” moisture into the atmosphere. In this way, a tropical forest can produce water for essential economic activity and human consumption in places thousands of kilometres away. The Amazon rainforest, which spans eight of South America’s 12 countries, as well as the overseas territory of French Guyana, is critical for maintaining the water cycle in those countries and beyond. It creates a “flying river”, pumping around 20 billion metric tonnes of water into the air every day, according to Carlos Nobre, a senior scientist at the Brazilian National Institute of Space Research. This airborne river produces rain for much of South America, all the way south to Argentina, and is critical for human consumption, agriculture and industry.

Last year, awareness increased among governments of the importance of forests in addressing climate change, and the challenges posed by floods and droughts. At the UN climate change conference in Glasgow, 144 countries endorsed the Glasgow Leaders’ Declaration on Forests and Land Use. According to WWF, of the 114 enhanced national plans to cutting emissions – known as nationally determined contributions, or NDCs – submitted at the conference, 105 included nature-based solutions; 96 NDCs mentioned nature in the context of mitigation plans, and 91 in adaptation measures. Will governments follow up on their commitments?

Given the suffering and costs involved, one would expect climate change and extreme weather events to be at the top of everyone’s agenda, yet there remains a gulf between commitments and reality. A report released by the UN in 2021, for example, describes how major fossil fuel producing countries are planning new investments in mining despite pledges to reduce greenhouse gas emissions.

As with fossil fuel production, implementing global commitments to protect forests is far from even. Take Brazil and China, two of the largest economies in the global south. Brazil had already recognised the role of forests in its original NDC in 2015. Between 2004 and 2012 it had showed remarkable progress in decreasing deforestation, but the past 10 years have seen a reversal of these positive trends. In 2021, deforestation in the Brazilian Amazon was approximately twice the size of the municipality of Shanghai, and the trend continues. In the first half of 2022, Brazil broke its deforestation record, losing 4,000 square kilometres.

Conversely, China has fully embraced the importance of forests, as part of the government’s vision of ecological civilization. In its contribution to achieving the UN’s Global Forest Goals, the Chinese government recognised “the importance of forests’ multiple functions to people” and made a series of pledges to increase forest cover. The country’s forested area has increased in the past 30 years, from 1.6 milion square km in 1990 to almost 2.2 million square km in 2020, according to the Food and Agriculture Organization. At the World Economic Forum in Davos this year, China pledged “actions to plant, conserve, restore and manage” 70 billion trees by 2030.

But will exemplary actions taken at the national level prevent China from experiencing extreme weather events like those in Sichuan province and Chongqing this August under a changing climate? Sadly, the answer is probably not.

When doing well at home is not enough

Brazil and China are pursuing opposite policies, yet both countries face extreme weather events and losses caused by drought and flood. Last year was one of the driest ever recorded in Brazil. The situation remains critical, with droughts this year reaching “serious” levels. This includes states that produce cattle and soy imported by China, a key market for Brazilian commodities. Drought-related losses from soy harvests in 2021 and until July 2022 amounted to $14.5 billion. According to research by the Amazon Network of Georeferenced Information, if the current trend of emissions continues, by 2050 the Amazon region will no longer be viable for agriculture or livestock production.

The flood season in China earlier this year was characterised as “the worst for some in more than a century”. In Qinghai province, flash floods affected more than 6,000 people. 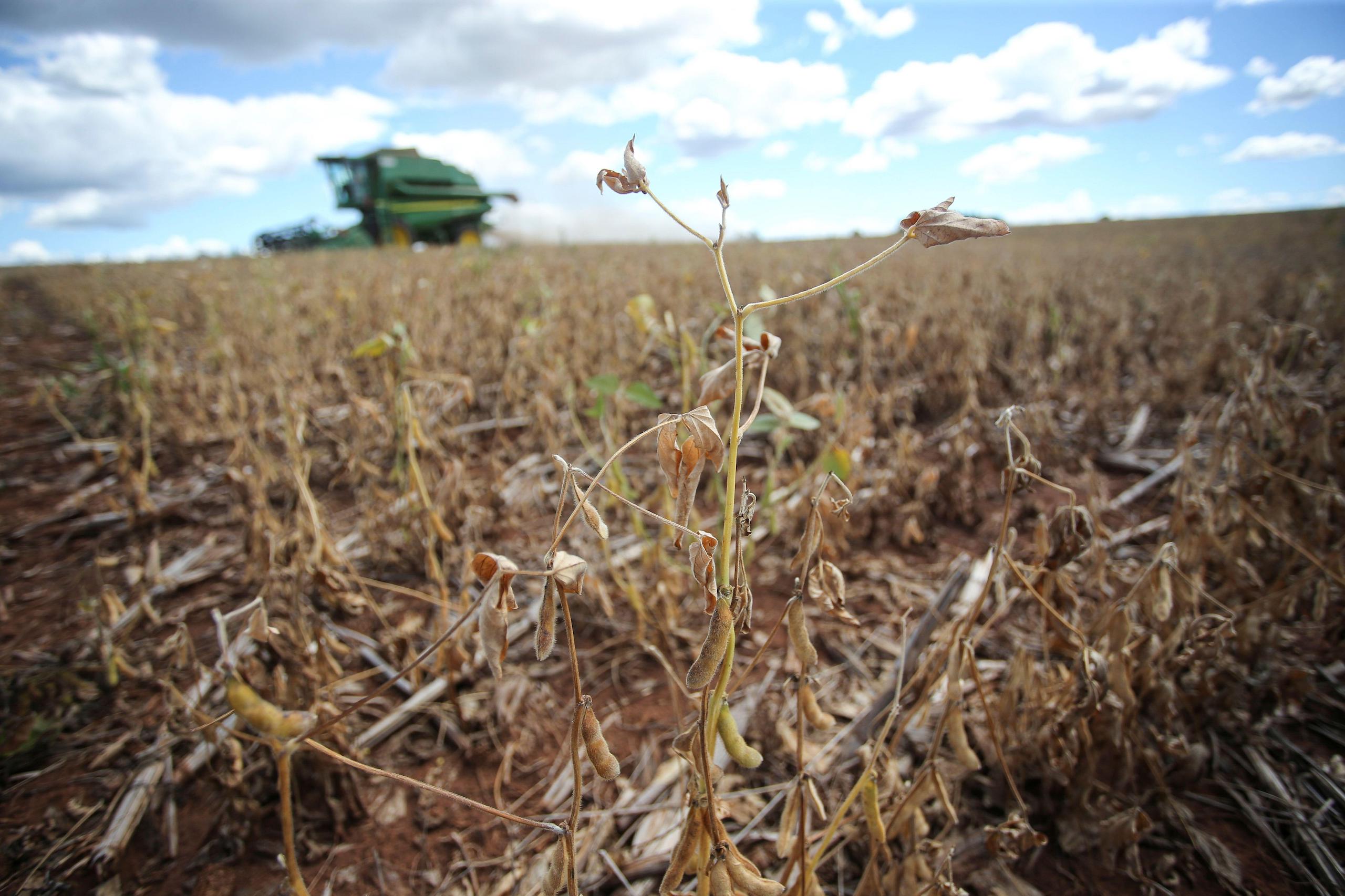 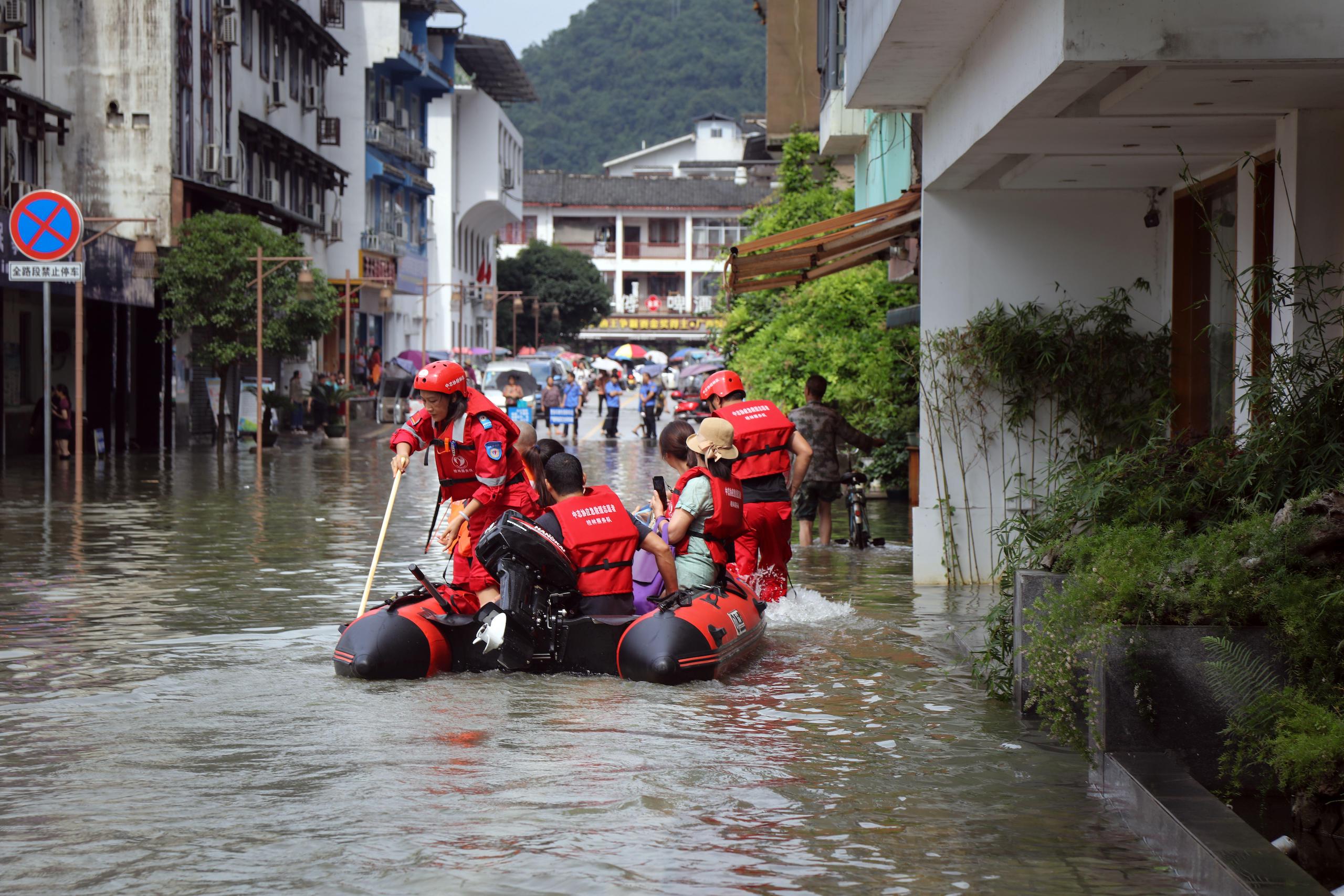 At the same time, a severe heatwave with temperatures above 40C affected over 900 million people in at least 17 provinces, intensifying drought. As a consequence of water shortage, crops were lost and industrial production was affected by power restrictions.

The Brazil and China cases show that the cliché of thinking globally and acting locally isn’t enough.  When it comes to water and nature, science-based policies only work if local and global action go hand in hand.

To address droughts, floods and food crises, we must protect forests and ecosystems – even if they are half a planet away

Furthermore, water insecurity in one country may lead to food insecurity in another. Although related to other factors, the global food crisis is a glaring illustration of the interdependency among food-producing countries and destination markets.

We will not overcome the climate crisis with business as usual. We know what it takes: energy needs to be clean, economies need to decarbonise, fossil fuel production needs to scale down not up, and water and nature must be valued as essential resources for human survival.

In a globalised economy, local actions have global consequences. To address droughts, floods and food crises, we must protect forests and ecosystems – even if they are half a planet away.