Why Democrats Are Disillusioned Over Climate Change

Senate Democrats’ monthslong effort to negotiate a budget reconciliation bill with ambitious climate change provisions crumbled last week when Sen. Joe Manchin announced he wouldn’t back the proposed legislation. It now appears unlikely that Congress will pass any substantive environmental legislation ahead of this year’s midterm elections. And although President Biden did issue some executive orders on Wednesday to address climate change — and is expected to announce more in the coming days — activists have criticized those measures as not going far enough.

This lack of action on climate change is becoming a real problem for Democrats, as it’s something their voters really want. In mid-January, the Pew Research Center asked Americans which among 18 issues should be a top priority for Congress and the president to address, and 65 percent of Democrats selected climate change, ranking it as their fourth-most-important issue.

For the most part, Democrats overwhelmingly support the Biden administration’s policies combating climate change: 79 percent, per a survey conducted by Pew in early May, said Biden’s environmental policies were moving the country in the right direction. The problem is that, even among Democrats who approve of the Biden administration’s approach, three in five (61 percent) still think the administration could be doing more — and this was even before Manchin torpedoed Democrats’ latest environmental policy efforts.

This has created a situation where Democrats, especially younger ones, are dissatisfied with how climate change is being addressed. Younger Americans of both parties are more likely than older Americans to rate climate change as a top priority, and in the Pew poll from May, younger Democrats were also more likely to say that the Biden administration should be doing more. Nearly three-quarters (73 percent) of U.S. adults under 30 said the administration should be doing more, compared with 54 percent of those over 65 who said the same.

Why haven’t Democratic politicians done more to prioritize this issue, given its importance to Democratic voters? Climate change just isn’t an issue other Americans prioritize. 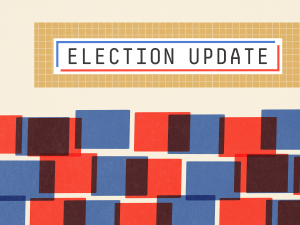 In Pew’s more recent polling, Republicans were also overwhelmingly likely to disapprove of how the Biden administration was handling climate change. Eighty-two percent said the Biden administration’s climate policies were moving the country in the wrong direction. Notably, however, this was less true among younger Republicans, who are more likely than their older counterparts to prioritize climate change. In fact, 47 percent of Republicans under 30 said that the federal government wasn’t doing enough for the environment.

This means that, practically, there is a very limited set of climate change policies where we see any bipartisan agreement. Of five specific climate change policy issues Pew asked about in May, only two garnered support from a majority of both Democrats and Republicans: a proposal to plant trees to absorb carbon emissions and a proposal to provide tax credits to businesses that are developing methods to store or capture carbon emissions.

Ultimately, this makes passing substantial climate change policy, such as what Democrats were hoping to get through Congress this summer, a nearly insurmountable challenge — especially when a party-line vote is contingent on the support of someone like Manchin, a longtime challenger to sweeping climate change reform.

So where does that leave the many Democrats who think climate change is a key priority? Largely disillusioned and cynical, according to a late-January poll by Pew: 51 percent of Democrats said they didn’t believe the U.S. and other countries would make enough of an effort to combat climate change, and among liberal Democrats alone, that share ticked up to 60 percent. Climate change is a really important issue for Democrats, but it’s not one that resonates as deeply for others.